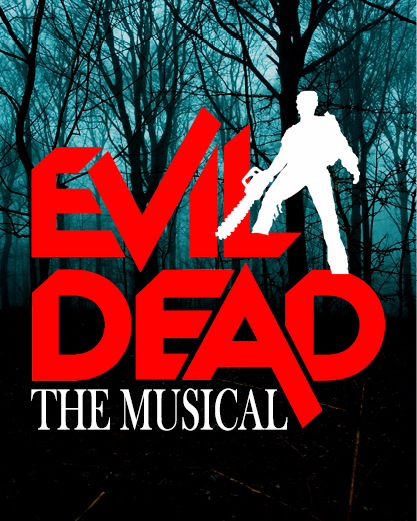 Endorsed by Bruce Campbell, embraced by Sam Raimi, this is the official real deal live stage show of the cult classic film trilogy.

If you’re a fan of the cult classic Evil Dead movies, its stage show is an interactive experience that blows the movies out of the water! The story of a group of friends that unleash a horde of zombies and get turned into demons, now allows you, the audience member, to be a part of the action!

Five college students go to an abandoned cabin in the woods, and accidentally unleash an evil force that turns them all into demons. It’s all up to Ash (a housewares employee, turned demon killing hero), and his trusty chainsaw to save the day. Blood flies. Limbs are dismembered. Demons are telling bad jokes… and all to music.

Critics, fans, theater lovers, theater haters, and just about anyone who happens to find themselves at the show all agree – this is the best thing since sliced veins!

This is a R rated show with vulgar language and adult content.

*Everyone will be asked to sign a waiver form before entering EVIL DEAD: THE MUSICAL at the Warner Theatre’s Nancy Marine Studio Theatre. Maybe because we are worried you won’t make it out alive, maybe because your clothes may get drenched in the soon to be deadites, either way we recommend you wear clothes that you don’t mind having Shelly’s splitter splatter on it.