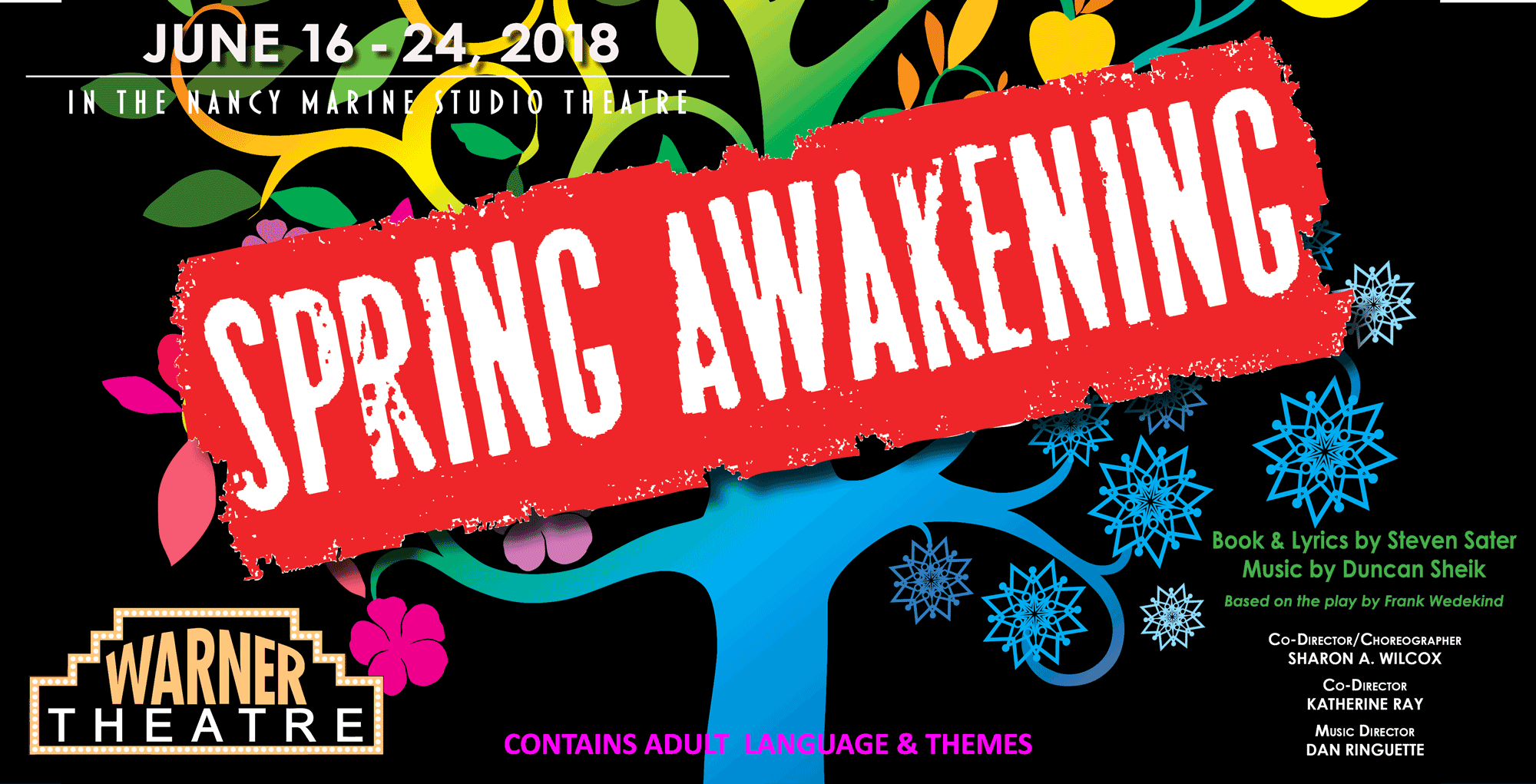 The world premiere of SPRING AWAKENING was produced by the Atlantic Theater Company by special arrangement with Tom Hulce & Ira Pittelman.

The winner of eight Tony Awards, including Best Musical, told by Duncan Sheik and Steven Sater through what Entertainment Weekly called, "the most gorgeous Broadway score this decade," Spring Awakening explores the journey from adolescence to adulthood with a poignancy and passion that is illuminating and unforgettable. The landmark musical is an electrifying fusion of morality, sexuality and rock and roll that is exhilarating audiences across the nation like no other musical in years.

It is Germany, 1891, a world where the grown-ups hold all the cards. The beautiful young Wendla explores the mysteries of her body and wonders aloud where babies come from... until Mama tells her to shut it and put on a proper dress. Elsewhere, the brilliant and fearless young Melchior interrupts a mind-numbing Latin drill to defend his buddy, Moritz – a boy so traumatized by puberty that he can't concentrate on anything... not that the Headmaster cares. He strikes them both and tells them to turn in their lesson. One afternoon, in a private place in the woods, Melchior and Wendla meet by accident and soon find within themselves a desire unlike anything they've ever felt. As they fumble their way into one another's arms, Moritz flounders and soon fails out of school. When even his one adult friend, Melchior's mother, ignores his plea for help, he is left so distraught that he can't hear the promise of life offered by his outcast friend, Ilse. Naturally, the Headmasters waste no time in pinning the "crime" of Moritz's suicide on Melchior to expel him. And soon, Mama learns that her little Wendla is pregnant. Now the young lovers must struggle against all odds to build a world together for their child.

Join this group of late nineteenth century German students on their passage as they navigate teenage self-discovery and coming of age anxiety in a powerful celebration of youth and rebellion in the daring, remarkable Spring Awakening.