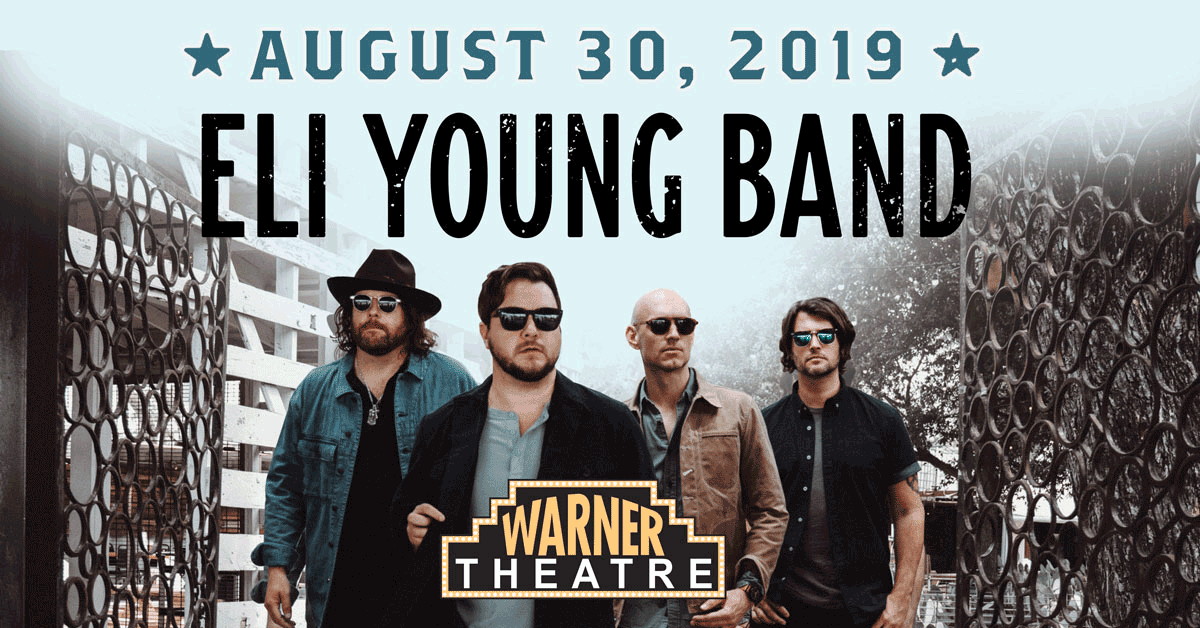 The Eli Young Band has always been unique in modern Country music – a true band of brothers who play their own instruments, write their own songs and cling fast to their Texas roots. They’d even go so far as to call themselves “misfits.” Although their sound has evolved over time, what they’re good at has always been the same – organic, live-show focused Country dripping with authenticity and perfected in clubs, amphitheaters and stadiums from coast to coast.

Eli founded the band with guitarist James Young, bassist Jon Jones and drummer Chris Thompson at the University of North Texas in 2000, building a grassroots fan base that propelled their first three albums into the Top 5 of Billboard’s Country Albums chart.  Three No. 1 singles gave the band an edgy, romantically-charged identity (“Crazy Girl,” “Even If It Breaks Your Heart” and “Drunk Last Night”). Their stable of hits collected Platinum and Multi-Platinum certifications that lead to Grammy and CMA Award nominations, Billboard Awards and an ACM trophy for Song of the Year (“Crazy Girl”).

What’s also undeniable is the band’s unique connection with fans. Even through sonic evolutions and changes to the Country industry, their obsessive following has continued to grow.  And that they put on one of the best loved live-shows around – the very fingerprint of the Eli Young Band itself.  Maybe that makes them misfits, but so be it. This is who they are – some of the last true brothers of the road.

“We’ve been through everything together,” Eli says. “We’ve had this inner support system even before we had families of our own, and I think we still turn to that. Whatever the road is in front of us, our friendship will always be the priority.”

“We still look at each other as college buddies – not business partners,” says Young. “We get to share our lives with each other and we’ve done some really cool stuff, and our music has been the greatest byproduct of that.”