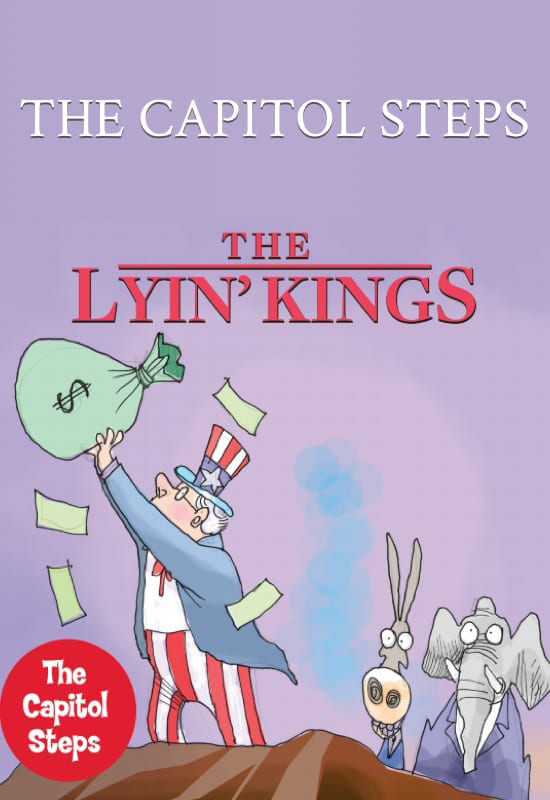 The Capitol Steps - the Lyin' Kings

“The all-new Capitol Steps’ latest show, “The Lyin’ Kings,” had the audience roaring with laughter (pun intended). The speed with which the troupe can adapt and create new skits and lyrics – always set to well-known pop tunes – rivals the speed of the internet.”

What better time to see the Capitol Steps than now, with the next Presidential election season approaching?  The show will include the latest songs about the Democratic primary candidates (“76 Unknowns”) and the newest late-night thoughts from President Trump (“Tweet It”).  No one knows what 2020 will bring, but whether it’s Mayor Pete Buttigieg, Alexandria Ocasio-Cortez or Beto O’Rourke, the Capitol Steps can tell you what rhymes with it!  Whether you’re a Democrat or Republican (or somewhere in-between), if you’ve ever wanted to see Donald Trump sing a rock song, Bernie Sanders sing a show tune, and Vladimir Putin dance shirtless…this is the show for you!