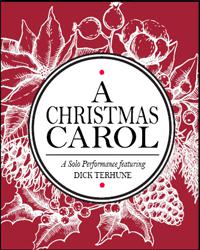 Adapted for the stage from Charles Dickens’ timeless novella, A Christmas Carol

A Christmas Carol is a novella by English writer Charles Dickens, first published in on 19 December 1843. It has been adapted into a variety of mediums, with the first theater production taking place in London within six weeks of publication. The run lasted for 40 nights before transferring to the Park Theatre in New York City. In 1853, Dickens began to perform the story itself in public, performing each of the characters himself without props or costume changes. He continued to make these occasional recitals until his final public performance on 15 March 1870.

In this solo performance, one actor will portray more than 30 characters in this beloved holiday classic.

Tickets start from 27.00
Prices exclude any discounts, taxes, or fees.