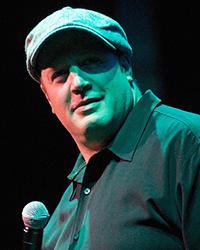 Presented by: AM Productions
Back by Popular Demand

Due to COVID-19 this event has been postponed. A new date will be announced as soon as possible.

Your tickets will be valid for the rescheduled date. However, if your require a refund, please complete our refund request form online at https://www.warnertheatre.org/refund.html.

Kevin James began his career as a stand-up on the Long Island comedy scene. After being discovered at the 1996 Montreal Comedy Festival, he signed a network development deal to create his own sitcom.
The King of Queens, which premiered in 1998, ran for nine seasons on CBS with James starring and executive producing, and it garnered him an Emmy nomination in 2006 for Outstanding Lead Actor in a Comedy Series. The show concluded its run in 2007 but continues to air daily in syndication across the country and around the world. James also starred in and executive produced the sitcom Kevin Can Wait for Sony Television and CBS.