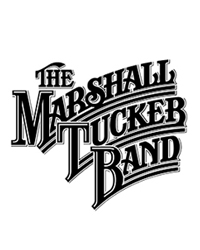 With Dave Mason
Presented by: Live @ the Warner

The Marshall Tucker Band will hit the road on their 50th Anniversary Tour and make a stop at the Warner Theatre on Wednesday, February 23, 2022 at 8 pm. Dave Mason will open the show! When you wake up and want to put a smile on your face, you think of the songs that always manage to reach down and touch your soul the moment you hear the first note. The Marshall Tucker Band is one such group that continues to have a profound level of impact on successive generations of listeners who’ve been "Searchin’ for a Rainbow" and found it perfectly represented by this tried-and-true Southern institution over the decades. “I’ve been in tune with how music can make you feel, right from when I was first in the crib,” explains lead vocalist and bandleader Doug Gray, who’s been fronting the MTB since the very beginning.

The Marshall Tucker Band came together as a young, hungry, and quite driven six-piece outfit in Spartanburg, South Carolina in 1972, having duly baptized themselves with the name of a blind piano tuner after they found it inscribed on a key to their original rehearsal space — and they’ve been in tune with tearing it up on live stages both big and small all across the globe ever since. Plus, the band’s mighty music catalog, consisting of more than 20 studio albums and a score of live releases, has racked up multi-platinum album sales many times over. A typically rich MTB setlist is bubbling over with a healthy dose of hits like the heartfelt singalong “Heard It in a Love Song,” the insistent pleading of “Can’t You See” (the signature tune of MTB’s late co-founding lead guitarist and then-principal songwriter Toy Caldwell), the testifying “Fire on the Mountain,” the wanderlust gallop of “Long Hard Ride,” and the explosive testimony of “Ramblin,’” to name but a few.

Indeed, the secret ingredient to the ongoing success of The Marshall Tucker Band’s influence can be seen and felt far and wide throughout many mainstream digital outlets (Netflix, Amazon, etc.). In essence, it’s this inimitable down-home sonic style that helped make the MTB the first truly progressive Southern band to grace this nation’s airwaves — the proof of which can be found within the grooves and ever-shifting gears of “Take the Highway,” the first song on their self-titled April 1973 debut album on Capricorn Records, The Marshall Tucker Band.

Doug Gray sees no end to the road that lies ahead for The Marshall Tucker Band, whose legacy is being carried forward by the man himself and his current bandmates, drummer B.B. Borden (Mother’s Finest, The Outlaws), bassist/vocalist Ryan Ware, keyboardist/saxophonist/flautist/vocalist Marcus James Henderson, guitarist/vocalist Chris Hicks, and guitarist/vocalist Rick Willis. “You know, I think it was Toy Caldwell’s dad who said, ‘There’s more to gray hair than old bones,’ and we still have a lot of stories yet to tell,” Gray concludes. “People ask me all the time what I’m gonna do when I turn 80, and I always say, ‘The same thing that we’re continuing to do now.’ We’re road warriors, there’s no doubt about that — and I don’t intend to slow down.” May the MTB wagon train continue running like the wind on a long hard ride for many more years to come. One thing we absolutely know for sure: If you heard it in a Marshall Tucker Band song, it certainly can’t be wrong.

Dave Mason left Traffic in 1969 to pursue a solo career in the U.S. Dave has penned over 100 songs, has 3 gold albums: Alone Together, Dave Mason, Mariposa De Oro, and platinum album Let It Flow, which contained the top-ten single “We Just Disagree”.

In addition to cranking out hits, Dave has performed on, or contributed to, a number of famous albums, including: The Rolling Stones’ Beggars Banquet, George Harrison’s All Things Must Pass, Paul McCartney and Wings’ Venus and Mars, and Jimi Hendrix’s Electric Ladyland. Mason is featured playing acoustic guitar in “All Along the Watchtower” on Electric Ladyland, a favorite in Dave’s live shows!