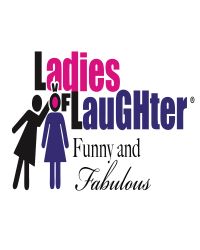 Funny and Fabulous Comedy Tour
Presented by: Comedy @ the Warner

The Warner Theatre is excited to welcome Ladies of Laughter to the Nancy Marine Studio Theatre, Saturday, June 10, 2023, at 8 pm! The show will feature comedians Jane Condon, Leighann Lord, and Kelly MacFarland. Tickets are on sale to Warner Theatre supporters Tuesday, December 13 at 10 am, and to the public Friday, December 16 at 10 am. For tickets and more info, visit warnertheatre.org or call the Box Office at 860-489-7180.

Since 1999, Ladies of Laughter has established itself as THE SOURCE for funny women and has jump-started the careers of countless women in comedy, including Tammy Pescatelli, and Melissa Rauch (Big Bang Theory). Additionally, Amy Schumer was an early participant on the show. The Ladies of Laughter Funny & Fabulous Tour includes past winners and the best talent from its national competition. Past events have been produced at major theaters, casinos and even Madison Square Garden.

She has two boys, otherwise everything’s fine. Since she’s from a blue-collar town in Massachusetts, she likes to make fun of her current posh address in Greenwich, CT. She loves to tell stories about her adventures (mostly survival tales) with her boys. Condon was named one of 10 Comedy Best Bets in Back Stage’s annual comedy issue (2001). She has appeared on ABC-TV’s “The View” and Lifetime TV’s “Girls’ Night Out” and FOX-TV’s series finale of “24.” She won Audience Favorite (NY) on NBC’s “Last Comic Standing.” Last May 2011, Jane was the commencement speaker at Wellesley College (her alma mater) and at the University of New Haven graduation.

Smart, sexy, savvy, and funny, Leighann Lord’s “heads up humor” is stand-up comedy at its finest. Inspired by the brilliance of George Carlin, the smooth jazz style of Franklyn Ajaye, and the elegance of Rita Rudner, Leighann has crafted her own unique brand of Thinking Cap Comedy. It’s no wonder she received the NYC Black Comedy Award for “The Most Thought Provoking Black Female Comic.” And for two consecutive years, Leighann was Harlem Week’s official comedian. (The only other comedian in Harlem Week’s history to earn that distinction was Richard Pryor.) Leighann has performed around the world. In London she appeared at The Comedy Store, and on the BBC show Blouse and Skirt (think Politically Incorrect meets BET). In The Netherlands, she was a guest on the popular late night talk show Raymann is Late! and The Comedy Factory. A festival favorite, Leighann has been featured in the Trinidad, Montreal, Winnipeg, Halifax, Boston, Detroit, and NYC Underground Comedy Festivals. She also entertained U.S. troops stationed in Afghanistan, Pakistan, and Saudi Arabia during Operation Enduring Freedom, as well as troops helping the Haitian earthquake relief effort (Operation Unified Response).

In addition to being the 2016 Ladies of Laughter Professional winner at Turning Stone Resort Casino, Kelly has an extensive and well-rounded resume including comedy clubs, theaters, colleges, and several television appearances. Kelly is currently touring clubs and colleges across the country and has entertained our US troops overseas. Kelly headlined the 2009 Boston Women in Comedy Festival, was first runner up in the 2009 Boston Comedy Festival and voted Best of the Fest 2010 Aspen Rooftop Comedy Festival. Kelly has also appeared on Stand Up in Stilettos on the TV Guide Channel and Comedy Central’s Premium Blend. Kelly is the host of the web series, Fit or Fad on www.ulive.com. Most recently, Kelly was part of the Top 100 Comedians of Last Comic Standing Season 9, appeared on AXS Gotham Comedy LIVE and won the professional category of the Ladies of Laughter 2016 competition.

Kelly is also an accomplished improviser. She has performed with Fred Willard, Laura Hall and has been a resident cast member of the ImprovBoston National Touring Company since 2014. Kelly is currently writing a clever collection of short stories based on her stand up and her life. Kelly is also an experienced humor-wellness speaker. Sharing her life experiences in the unique way that only she can, audiences are pleasantly surprised by her candor. Kelly has been a featured keynote speaker for the American Heart Association GO Red for Women campaign for the last 10 years.

She captivates the crowd with her charm, and her refreshing yet playful point of view makes her irresistible.
Buy To This Event
Directions